Hello! Welcome to my tiny slice of the Internet.

Who am I? I'm an eagle-eyed wordsmith with over fifteen years of experience as a blogger, editor, content writer, copywriter, and video games journalist.

Please enjoy my writing samples. You can read more under the "More Writing Samples" tab.

Thanks for stopping by!

Here are some reviews that I've done on various products over the years. 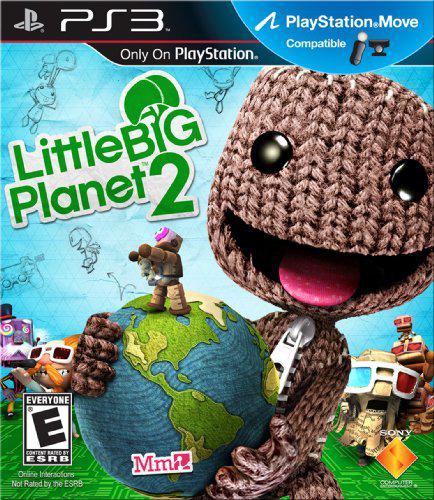 Review: LittleBigPlanet 2 for the PS3

LittleBigPlanet has returned and it’s bigger and better than ever in this fantastic sequel. While the premise of the game hasn’t changed, the clever new editing tools let the imaginations of amateur game designers get even wilder and more creative. Want to create multiple levels and connect them? Include programmable bots you can dress up however you like? Direct a short film? Create a working tic-tac-toe game? LittleBigPlanet 2 has all the tools you need to make all this happen, and then some.

World Adventures is the first in what’s guaranteed to be a long line of expansion packs for The Sims 3. While this isn’t the first time your digital pets have been able to go on holiday, (e.g. The Sims: Vacation and The Sims 2: Bon Voyage), World Adventures allows them to unleash their inner Indiana Jones in addition to soaking in the local culture. 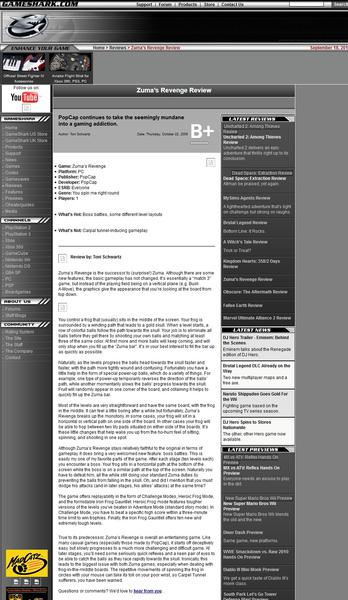 Zuma’s Revenge is the successor to (surprise!) Zuma. Although there are some new features, the basic gameplay has not changed. It’s essentially a “match 3” game, but instead of the playing field being on a vertical plane (e.g. Bust-A-Move), the graphics give the appearance that you’re looking at the board from top down. 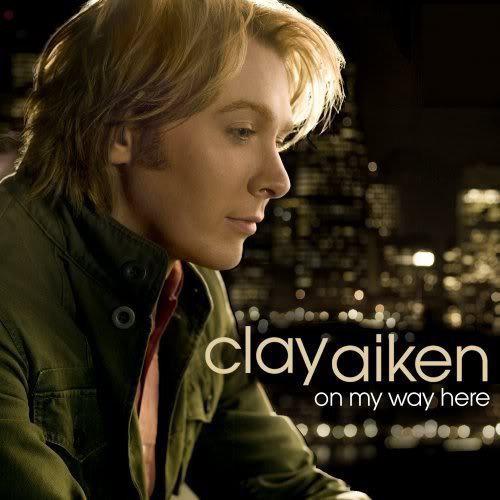 Although he has never appeared on this particular reality show, Clay Aiken can arguably be considered the original "Biggest Loser". As the runner-up on season two of American Idol, Aiken proved early on that one didn't need to win the title to have a successful career in entertainment. With a double platinum first album, eight tours, a New York Times best-selling book, and a UNICEF ambassadorship under his belt, it's safe to say that Aiken is doing well. 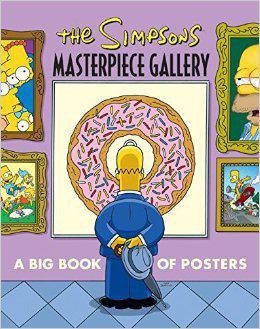 So, you're a huge fan of The Simpsons. You've watched every single episode and own all the DVDs, quote every line by heart, and have even visited your local Kwik-E-Mart. And of course, you've purchased your tickets early for the long awaited and overdue film opening July 27th. But while you wait anxiously to see Homer, Bart, and the rest of the family on a 50-foot screen, what will you do to pass the time in between now and Friday? One thing you can do is look through a coffee table book. No, I'm not talking about your typical coffee table book from some frilly frou frou museum. I'm talking about the coolest coffee table book ever, featuring your favorite family. 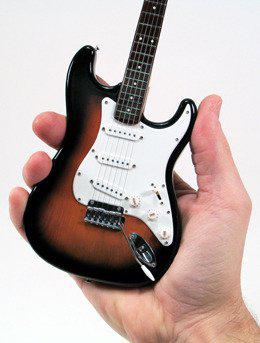 In the music industry, the Fender Stratocaster electric guitar has long been associated with quality, excellence, and just plain coolness. The very first Stratocaster came out in early 1954 and its unique design, versatility, and innovative mechanisms quickly made it a favorite among musicians. Buddy Holly was one of the first artists to use one, and in fact his grave and Walk-of-Fame statue feature a Stratocaster. Over the decades, this has been the guitar of choice by countless guitar legends such as Eric Clapton, Jimi Hendrix, and Stevie Ray Vaughn. Now aspiring guitar gods, and music enthusiasts who don't play guitar but have always wanted one, can have a Stratocaster of their own. GMP Diecast offers an officially licensed, limited edition Fender Stratocaster replica. 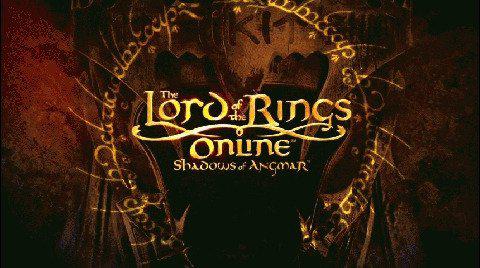 Game Review: Lord of the Rings Online: Shadows of Angmar

I've spent the past weeks traveling through Middle-Earth. Sometimes I wander around as a burly Dwarf, hacking and slashing my enemies with my trusty axe. Other times I'm a graceful Elf, swift and sure with her powerful bow. Recently I've been protecting my fellow Hobbitses in the Shire from goblins and other fearsome creatures. And it's been a blast. Turbine's long awaited The Lord of the Rings: Shadows of Angmar (LOTRO) was released on April 24, much to the delight of Tolkien and MMORPG fans alike. 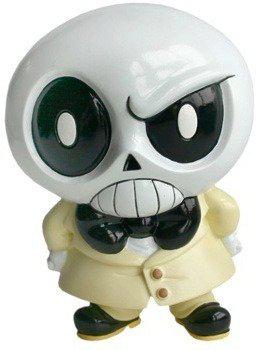 An inconspicuous brown package was waiting for me one day as I came home. The shipping address was from Dark Horse Comics. “Strange. I don’t remember ordering anything from them,” I thought to myself. I set the package on the dining room table and opened it. I dug through the foam popcorn and found a blue box. I opened it, and a strange creature leaped out.
Close ✕